Unlike most gemstones, tiger eyes are named for how they resemble the big cats’ pupils. They are also called the tiger’s eyes. The stone is also known as the shapeshifter because it serves as a catalyst for positive change. A tiger’s pupils expand when they attack, and contract when they are relaxed. You can channel reckless energy into tamer tasks, and know how to find the inner peace of a powerful cat.

Perhaps due to its connection with a giant feline land predator, the tiger eye is often viewed as a symbol of inner strength. It might be looked to for inspiration when it comes time to stand up to a great trial. 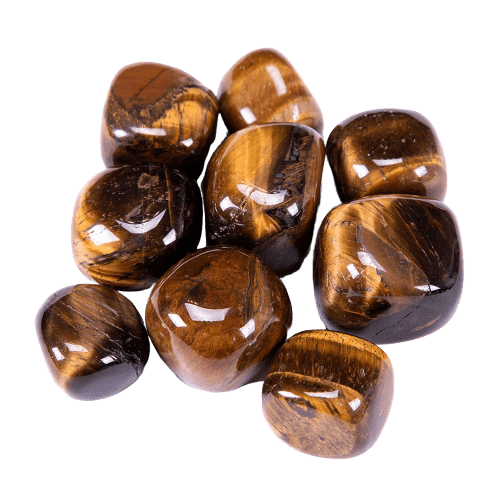 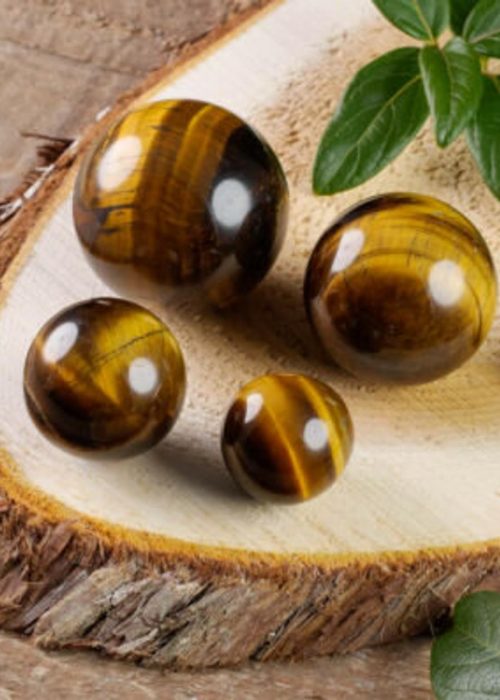 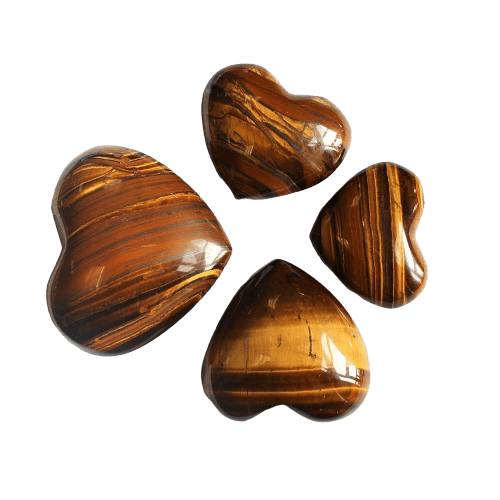 Like other members of the quartz group, tiger eyes come in a fairly wide variety of different colors. They range from deep reddish browns all the way up to vibrant gold. A few specimens are even blue and have different powers. Some may have iron stripes as well. 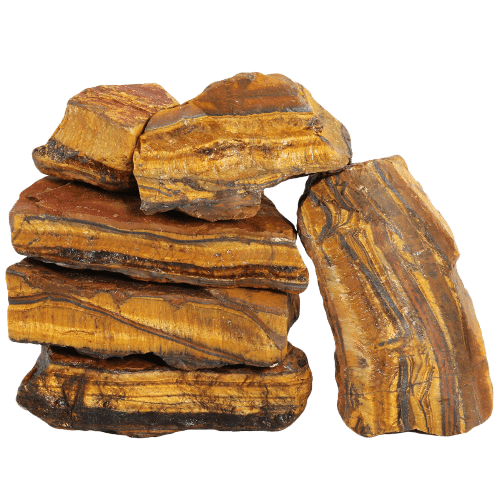 Often referred to as a tiger eye, this chatoyant gemstone is generally made from metamorphic rock. It is a type of quartz. That gives it one of the most striking appearances of all semiprecious stones.

Most tiger eye stones are relatively hard, clocking in at 5½ to 6 on the Mohs hardness scale. They’re made of tough silica that almost has a glass-like feel when polished. 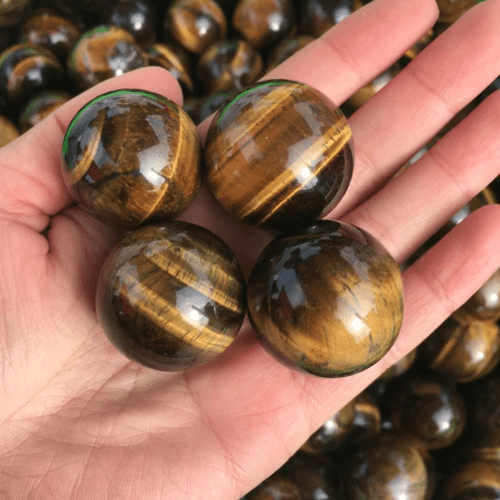 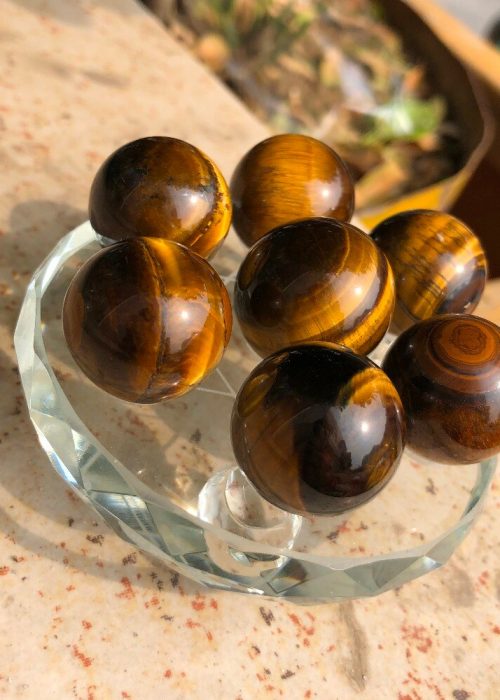 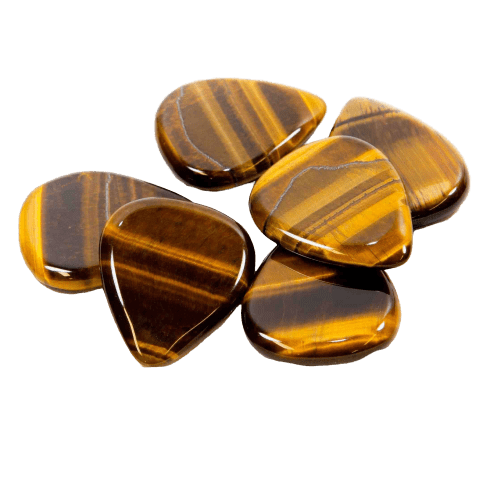 Tiger eyes help ground your confidence and self-esteem. As cats of all sizes are certain about their status in life — standing up all other creatures — so the tiger eye transfers that positive energy to you. Meditate with a tiger eye to dispel anxiety.

The root and sacral chakras are often associated with tiger eyes, which means that they’re perfect for grounded meditation sessions. Goal-oriented individuals often invoke them to help them achieve success with their dreams. 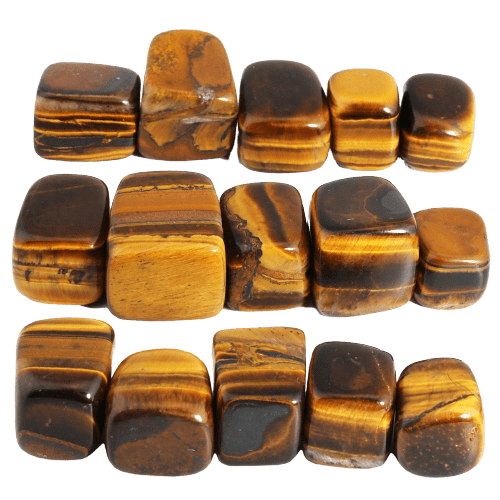 Due to the association of tiger eyes with the ocular organs of beasts, they’re often said to ward off the evil eye. Over time, they’ve also been used to turn away almost any kind of negative force. Perhaps this is because a tiger is a fearsome animal and could surely scare off anything that came one’s way.

A tiger eye identifies uncertainty in your life. When you meditate with one, the stone’s vibrations will increase mental clarity while recognizing other’s problems. Use it to remove emotional blocks as well. 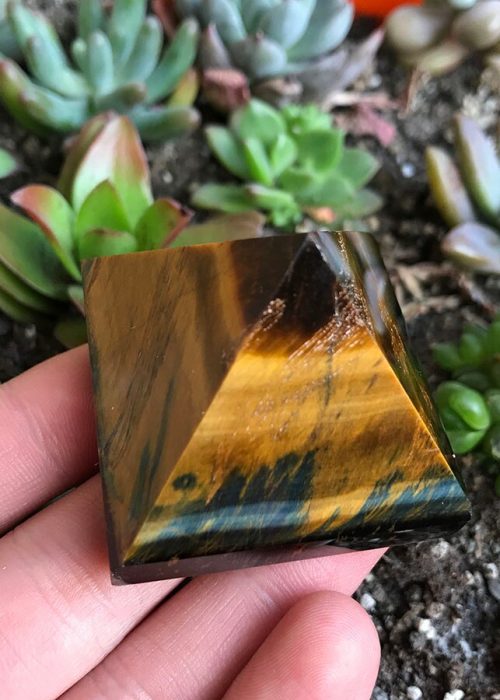 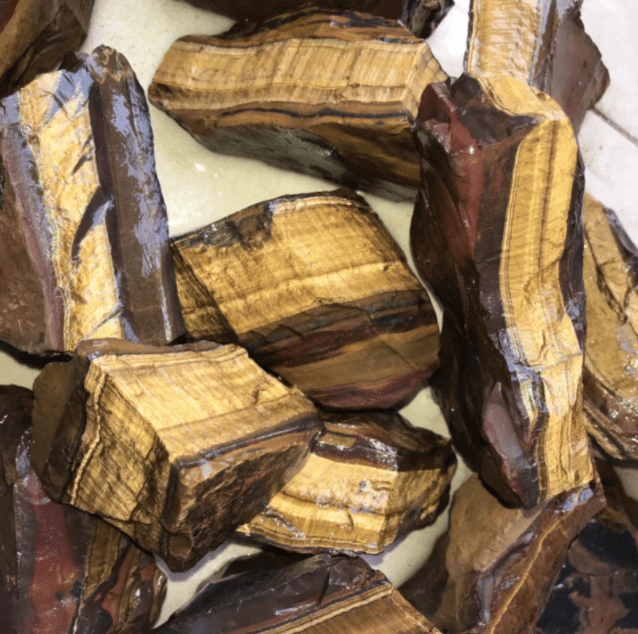 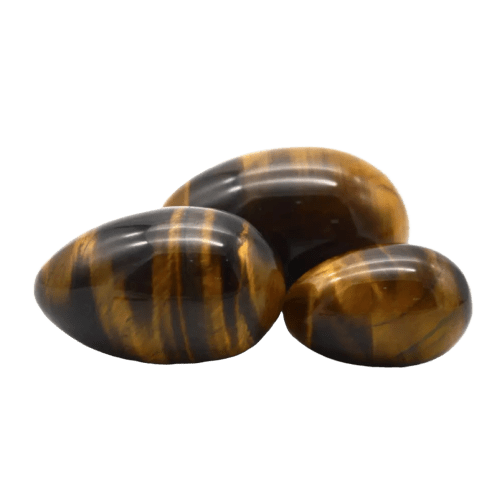 Tiger eyes are usually quite affordable due to their wide distribution. They can be found in Australia, Burma, India, and numerous other countries. There are mines in the United States and Canada as well.

While they’re certainly more valued than many other stones, they’re still reasonably priced and this has ensured that they stay a popular option for budget-minded collectors. A tiger eye can retail for as little as $10.99. Multicolored carvings can cost as much as $75. 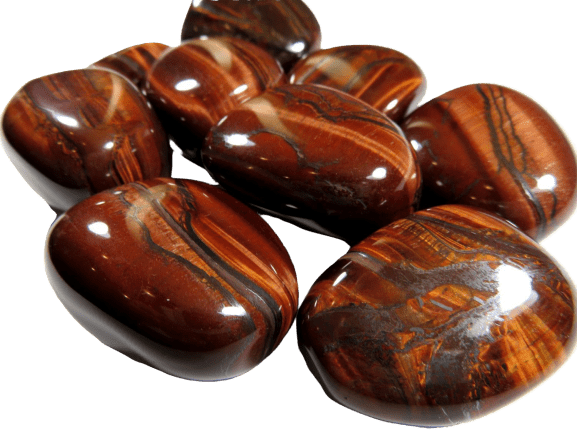 Do you have eye problems? Vision issues are often associated with the tiger eye. This especially applies to problems related to poor night vision. Once more, this is perhaps due to the fact that this stone is associated with feline sight. They also relieve body tension from anxiety and stress.

Do you need to clean toxins from your body? A tiger eye will help you dispel them safely. Use a stone to align your spinal column and relieve pain. Treat sore throats by wearing one around the neck. 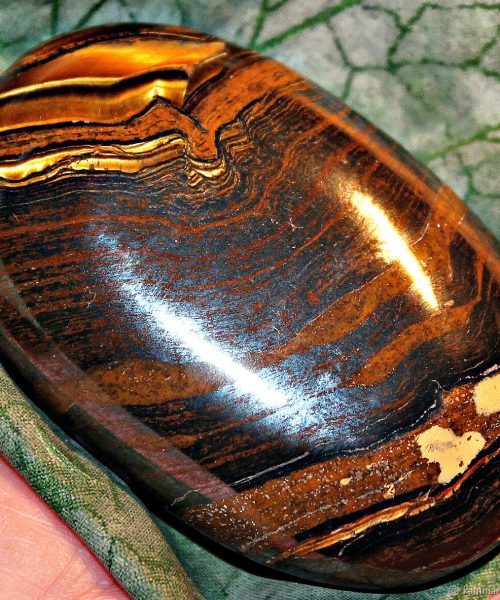 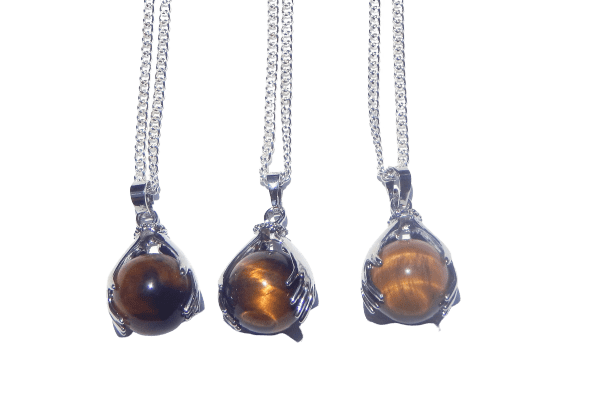 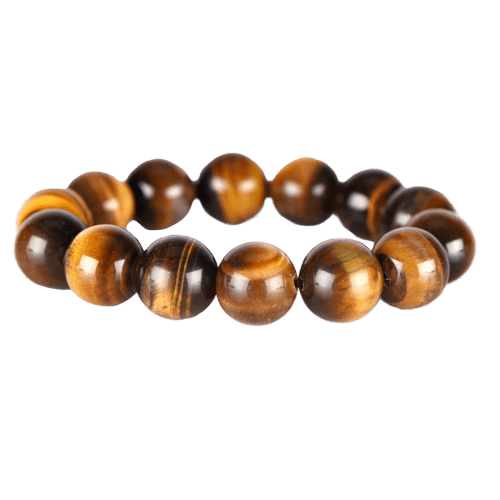 Overall, many quality tiger eyes are rather large. That means they fit in pendant settings relatively well, and they’ve also been seen cut into larger necklaces. They can also be carved into different shapes, for pendants or meditation.

A majority of stones show a yellowish to reddish-brown coloration, but there’s a great deal of variation that makes them rather exciting to collect. Some people ascribe certain spiritual meanings to each of the different variations in color. 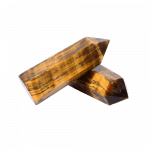 Most tiger eyes are completely opaque, though they have a variety of colors and patterns that run through them. These are reminiscent of those found in other types of quartz. 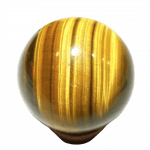 While it’s possible to find faceted cuts of tiger eyes, it’s far more common to have them polished and tumbled yet left in a relatively natural state. 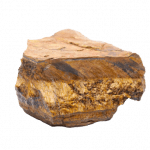 Owing to the relative affordability of the stone, it’s possible to purchase examples that weigh several carats without running up a bill. That’s made tiger eyes quite attractive to collectors of gorgeous semiprecious stones.

Pick Me Up! Pocket Crystal Set